Apprentices Must Remain a Priority for Employers, says new CEO of TTS 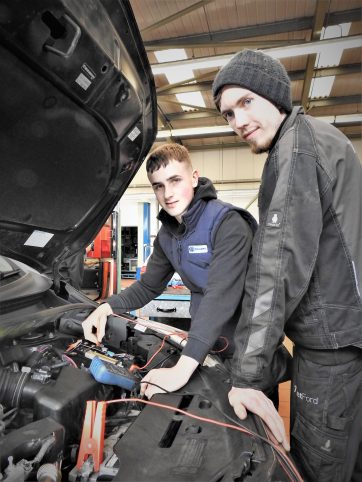 TTS’s new CEO, Peter O’Reilly, is urging employers to take a long-term view when considering staffing requirements regarding apprentices over the coming weeks and months.

Recent history shows that young people are disproportionately impacted by unemployment during recession.  In the aftermath of the 2008 financial crash, almost a third of those unemployed in Northern Ireland were between 18 and 24 – the only age group to see an unemployment rate in double digits.

Whilst TTS fully appreciates the difficult decisions companies are faced with, it is urging employers to take a long-term view when considering staffing requirements regarding apprentices over the coming weeks and months.

Given the inexpensiveness of apprentices relative to their productivity, they offer employers good value when money is tight.  In fact, Institute for the Motor Industry (IMI) carried out an extensive two-year study, co-funded by the UK Commission for Employment and Skills, which showed apprentices typically generate a return on investment of between 150% and 300% and typically generate profit within 18-24 months.  ‘Growing your own’ technicians through apprenticeships also reduces long-term recruitment and training costs.

Peter O’Reilly, the new CEO of TTS is urging employers to take a long-term view when considering staffing requirements over the coming weeks.  He firmly believes that young people are key to securing the future workforce.  He explained: “We know the potentially devastating effect that not investing in apprentice training can have.  There is a knock-on effect later down the line, something the sectors that we work with are experiencing now.  During the last recession, many employers chose not to invest in apprentices and that’s partly how today’s skills gaps have come about.  It is our hope that employers will bear this in mind when considering their existing and future apprentice needs”.

Encouragingly, the Chancellor has now announced financial support to promote the take up of apprenticeships, but presently these measures do not apply to Northern Ireland.  TTS will be pursuing local Government in the coming weeks to advocate for young people and employers in Northern Ireland on this issue.

TTS remains committed to getting more motivated young people into apprenticeship roles to support employers in the motor trade and transport/logistics industries and already has a pipeline of promising candidates assessed and ready to work and learn.

Being an independent training provider, TTS is not restricted to a September start for apprentices and can have late starters, unlike the government owned further education institutions, so apprentice numbers could increase later in the year, should the economy recover more quickly than expected.

TTS supplies talented young people in a variety of apprentice job roles within the automotive and transport/logistics sector, including: light and heavy vehicle technician, body repair and vehicle refinish technician, tyre technician, service and parts advisor, goods vehicle driving and traffic office apprenticeships (for those wishing to embark on a career in traffic planning in logistics).

To find out more about recruiting an apprentice, please contact Robert Deignan or complete the contact form at the bottom of the page here.

Our team of professionals can shift your training out of cruise control. To make an enquiry, call us at the number below or complete this form.

TTS on Front Line of Apprentice Training During COVID-19 Pandemic

We are currently recruiting for an Automotive Trainer